An Easy Passage by Julia Copus 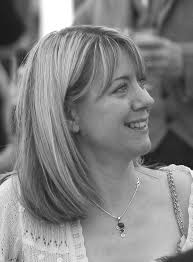 An Easy Passage by Julia Copus

Once she is halfway up there, crouched in her bikini
on the porch roof of her family's house, trembling,
she knows that the one thing she must not do is to think
of the narrow windowsill, the sharp
drop of the stairwell; she must keep her mind
on the friend with whom she is half in love
and who is waiting for her on the blond
gravel somewhere beneath her, keep her mind
on her and on the fact of the open window,
the flimsy, hole-punched, aluminium lever
towards which in a moment she will reach
with the length of her whole body, leaning in
to the warm flank of the house. But first she
steadies herself, still crouching, the grains of the asphalt
hot beneath her toes and fingertips,
a square of petrified beach. Her tiny breasts
rest lightly on her thighs. – What can she know
of the way the world admits us less and less
the more we grow? For now both girls seem
lit, as if from within, their hair and the gold stud
earrings in the first one's ears; for now the long, grey
eye of the street, and far away from the mother
who does not trust her daughter with a key,
the workers about their business in the drab
electroplating factory over the road,
far too, most far, from the flush-faced secretary
who, with her head full of the evening class
she plans to take, or the trip of a lifetime, looks up now
from the stirring omens of the astrology column
at a girl – thirteen if she's a day – standing
in next to nothing in the driveway opposite,
one hand flat against her stomach, one
shielding her eyes to gaze up at a pale calf,
a silver anklet and the five neat shimmering
oyster-painted toenails of an outstretched foot
which catch the sunlight briefly like the
flash of armaments before
dropping gracefully into the shade of the house.

Click here to buy the book Girlhood by Julia Copus 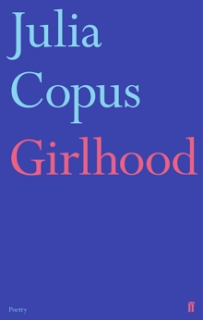 Email ThisBlogThis!Share to TwitterShare to FacebookShare to Pinterest
Labels: An Easy Passage, Forward Poetry, Julia Copus, Poems of the Decade